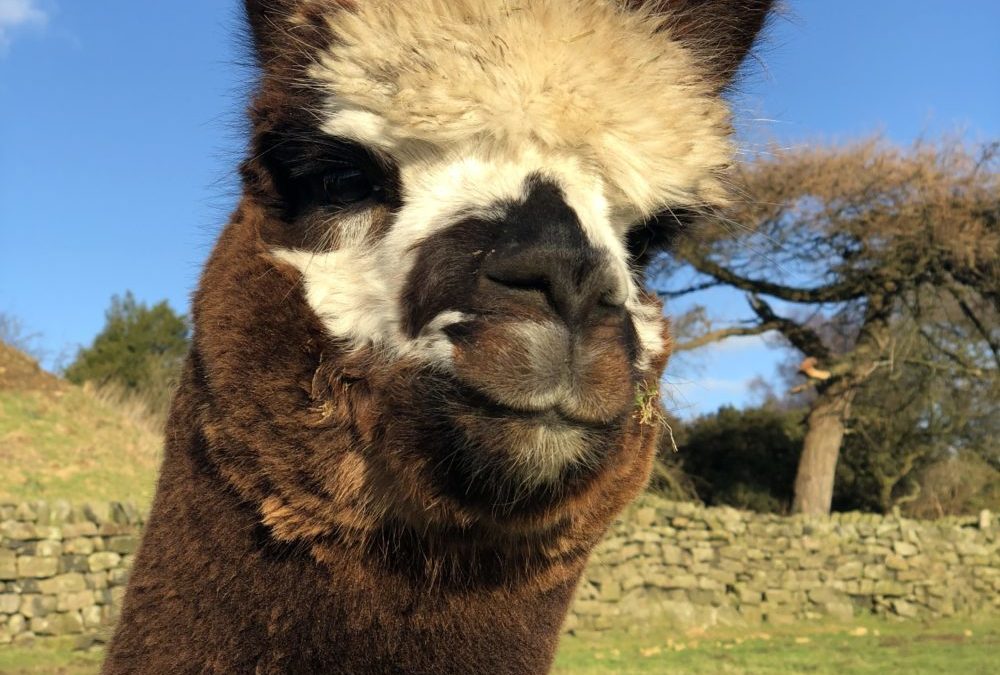 Dennis is one our younger alpacas, he is Little Dec’s little brother! So he looks very similar, however he is a very very feisty character! Once he has been caught, he can be a little affectionate, but he prefers to be more feisty! He loves to play with the other alpacas, and torment them by chasing them round the field for a play fight! He’s a very excitable, naughty, and giddy alpaca – a definite little menace!

Dennis has started his trekking career, and he is doing very well, although taking after his big brother and gets quite giddy, and loves to trot along the trek! He also loves to throw himself into bushes for a good scratch along the way! Everyone will fall for his menace type attitude to life!