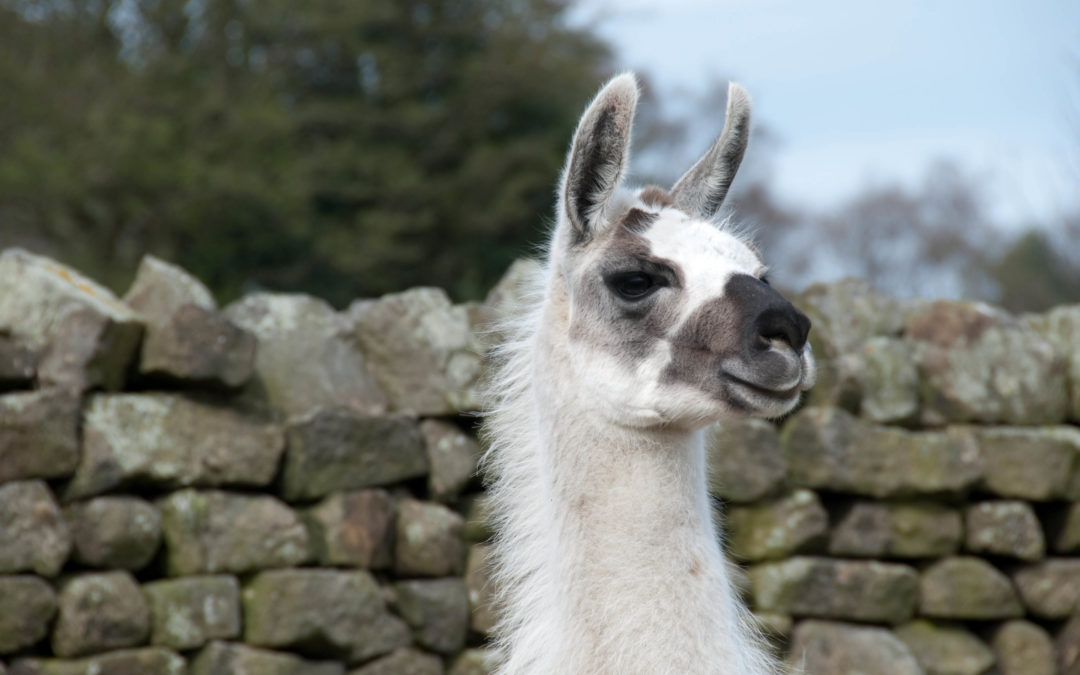 This weekend’s customers received a little more entertainment than usual on the Farm. As we prepared a large trekking group to go out on Sunday, Bertie (our most intelligent llama)! whom had been in the field all day with some other llama buddies, decided as he hadn’t been selected to trek that day, he would have some fun. We were just setting off on our trek, when Bertie jumped clean over one of the stone walls and proceeded to run and leap around the ponies who were all being very well behaved in their paddocks.

As we halted the trek and went to catch Bertie, Freddie our ‘Naughty Youngster’ decided to join Bertie with the ponies and jumped over the wall too! Everybody had full entertainment as the pair ran like crazy in a bid for total freedom around the ponies the field. The ponies just stood and watched, probably thinking what crazy things llamas are! The llamas waiting to trek were completely un-phased and we set off leaving the Benson chaps the sort out the escapees! One thing is for sure, llamas really can leap when they want to! Since Bertie and Freddie have been re-united with their field they have been well behaved and no more leaping, perhaps they were just testing their show jumping skills like Echo showed a flair for last week!