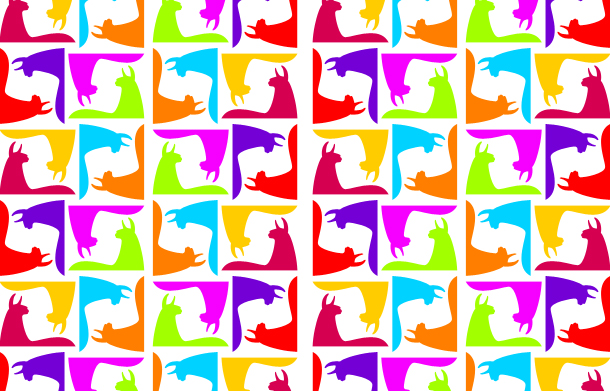 Our llamas really can sing! ‘As if’ I hear you say! Llamas communicate through humming to one another and will also talk to us humans through vocals. They all have different tones for different moods. Over the years we have had llamas, Suzanne has spent time trying to interpret what their tones mean and can honestly say she can knows each of the llamas tones and can hold a conversation with some of them, especially Harry! When our llamas are indoors together they sometimes break into song, it is a fantastic sound! So we thought why not create a song for people to appreciate our llamas voices! So with the expertise of ‘Ade Payne’ an acoustic singer song writer from a local village, we recorded some of our llamas ‘hummms’ when in a happy mode! Ade then cleverly wrote some music with a Peruvian touch (of course) and blended the llamas tones into it, harmonising them so the end result is a quirky catchy tune!

The tune named ‘Llama Drama’ , being so catchy reached the radio in December 2012 and was played on various radio channels, but it was lacking something – a video!

Llamas are simply hilarious looking creatures with very funny antics ,so a video it had to be. Ade produces many albums himself as a singer and has worked with Chris from ‘Nobody Films’ for years, so we invited Chris along to video the llamas playing in the field. As llamas are great an interacting with humans, Chris, Ade & Suzanne decided to also play parts in the video. Suzanne is teaching the llamas to dance, Chris decided to be ‘llamaman’ and Ade, well see for yourself! The song has been speeded up in the video and then reversed, its simply crazy! So have a watch and a listen, but be prepared for some weird sights and a little madness!! (and no Drama Llama’s head is fine, he just lent it to Chris for a while)!