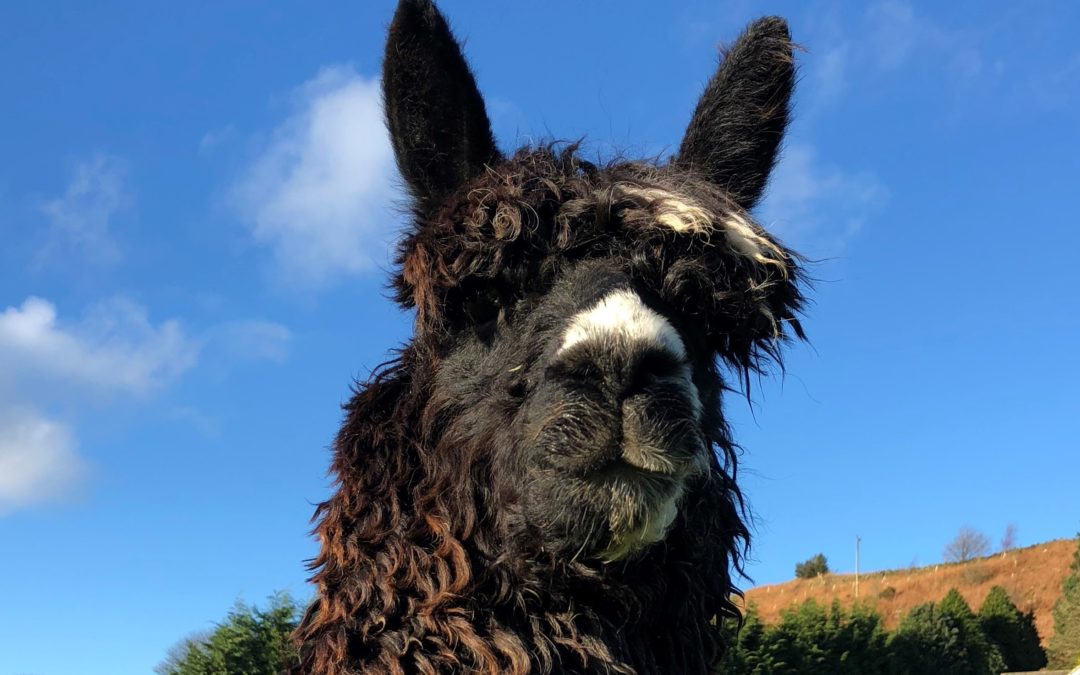 Monty is a Suri Alpaca, meaning he shows off lush long curly locks of hair. He is a little bit of a walnut or coconut type personality –
tough on the outside but soft on the inside! With people, he is super cuddly and affection, he loves to push in next to you so you give him a cuddle. He loves meeting different people and posing for the camera. However, in the herd, he loves to be a bit of a bully to the other llamas and alpacas! This did mean detention with the girls for a while for him, but since being taught a few manners from the girls, he has learnt to be a bit nicer to his friends! Although occasionally he still forgets these manners and becomes a bully once again.

He has started to do a few treks and experiences with customers now, and he is settling into it brilliantly.