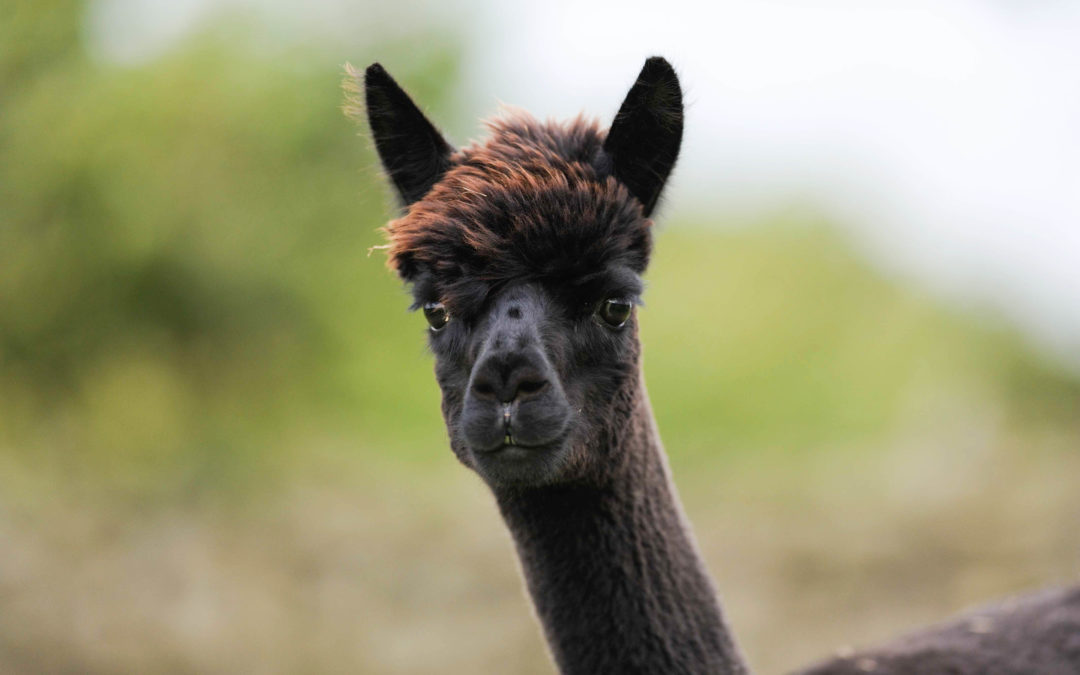 Socks is a feisty fella, he has some really mean looks towards his alpaca buddies as if to say, ‘watch it, I’m not to be messed with’! Being all black, (bar his two perfectly white socks up to his front knees)! You can’t see him in the dark! In the Spring he has a tinge of brown about him.

He is quite the little fighter within the herd and won’t take ‘no’ for an answer. Socks also loves his food, he is so greedy that we have to feed him separately otherwise his buddies wouldn’t get a morsel as he tells them all off if they go near the dining table!

Socks is very polite though and isn’t mean at all to his human handlers, he can look very cute when his ears are forward and enjoys his short walks out, but when with his buddies, he loves to play at being Mr Mean, hence his title!